it was a great birth day
so we started out by eating blueberry doughnuts (great bday breakfast)
next we all got our badges, dice etc and headed out 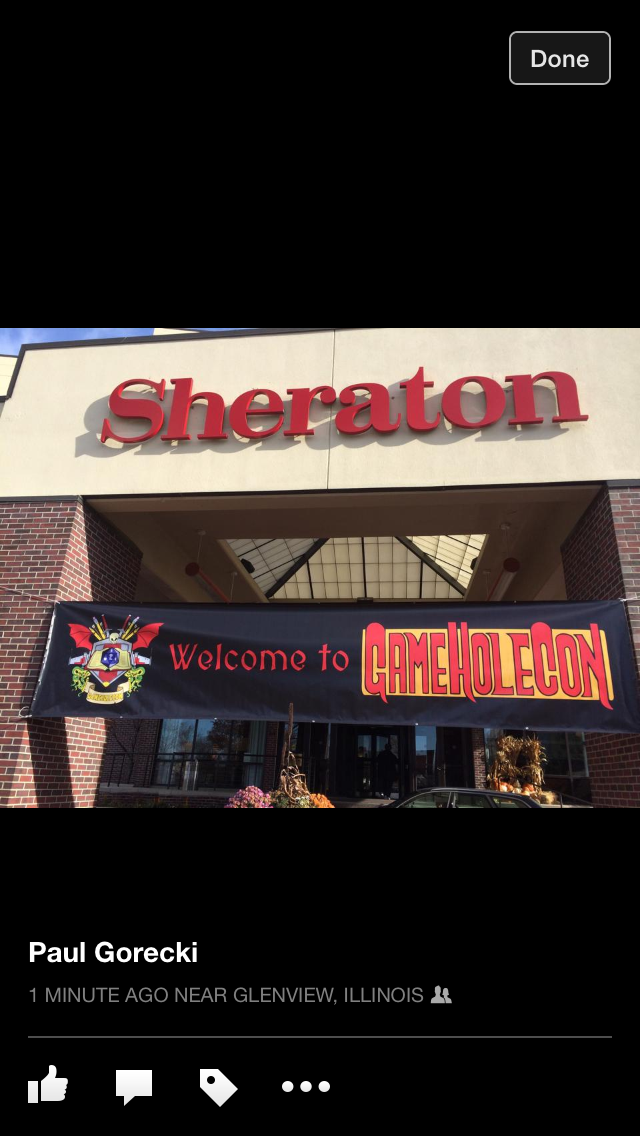 we arrived at the con at 9 am ..1 hour early before cory started his He-man game (shadows over eternia ) 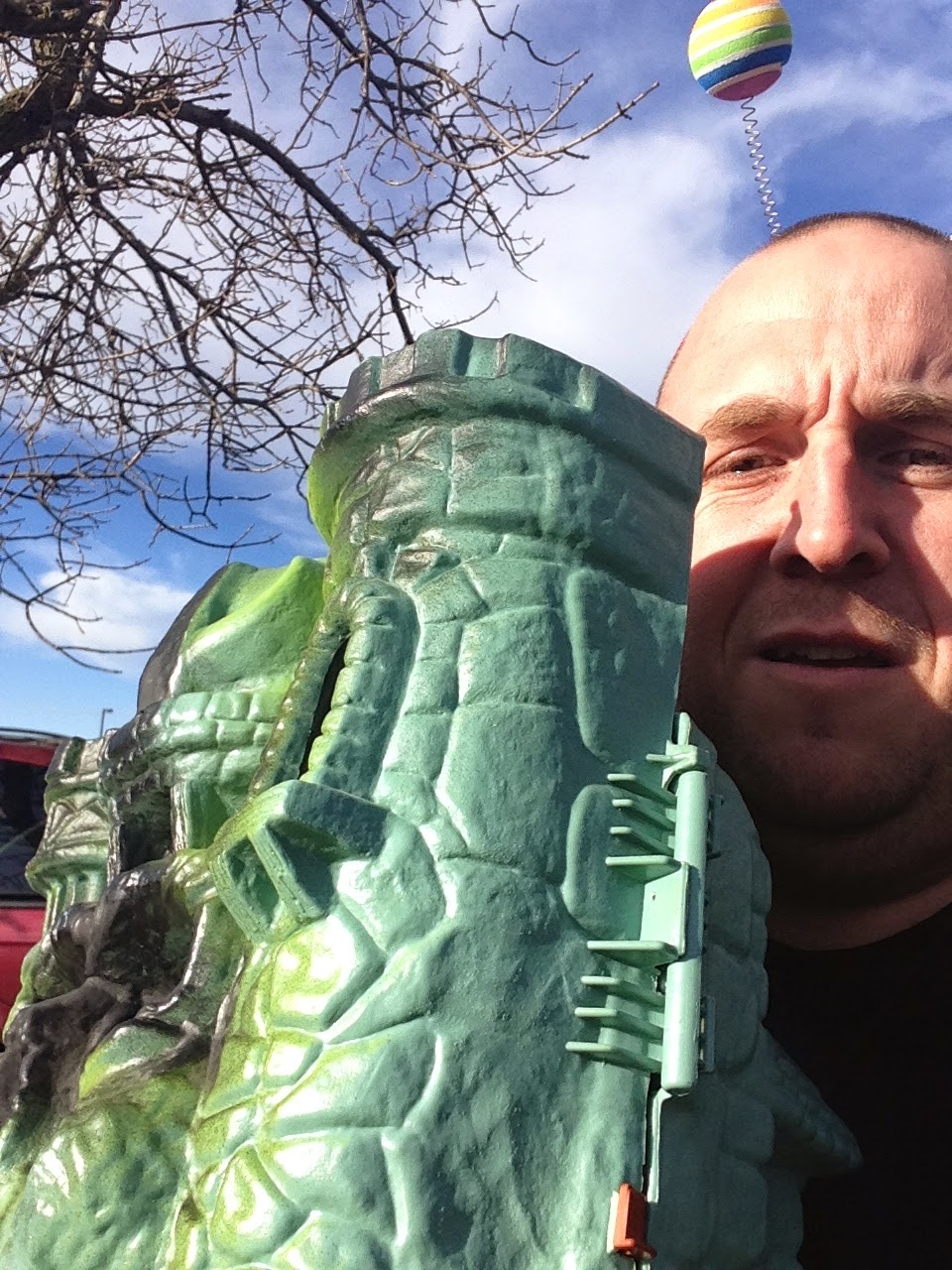 I played awesome.
because I played  Orko 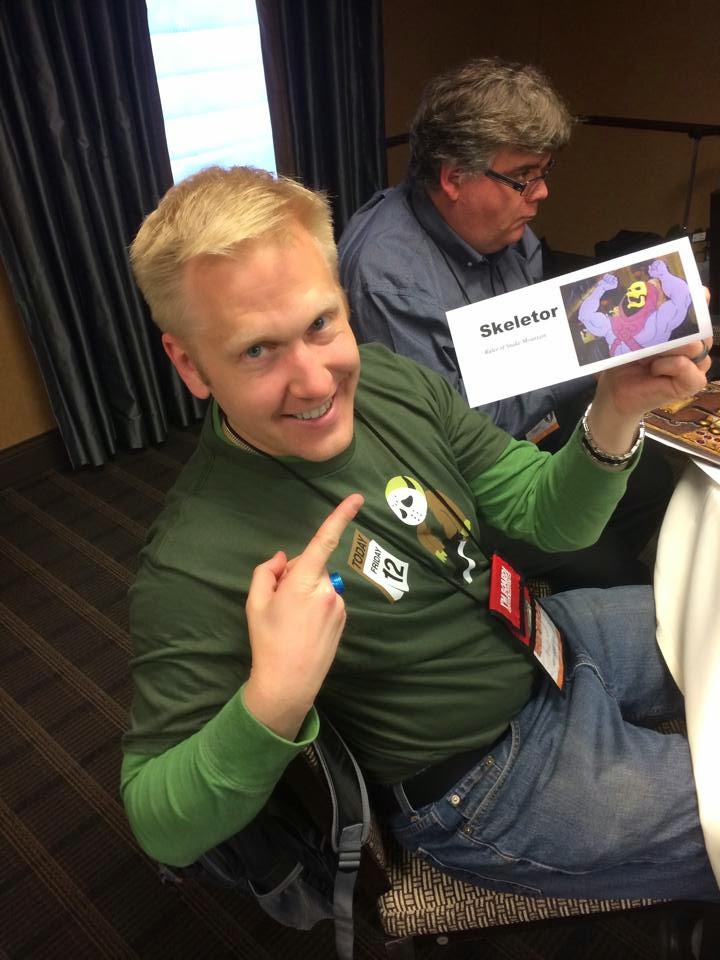 Paul totally avoided the second combat by casting cloud kill on  man e faces and his followers.(worse than Ebola)

that sped things up to which I had to bow out because I had a second game to go play and Steve took over Orko and played him well(ie he survived Cthulhu)
i asked Cory after, how it turned out. He-man punched Cthulhu 2 times and then chopped him down with his sword 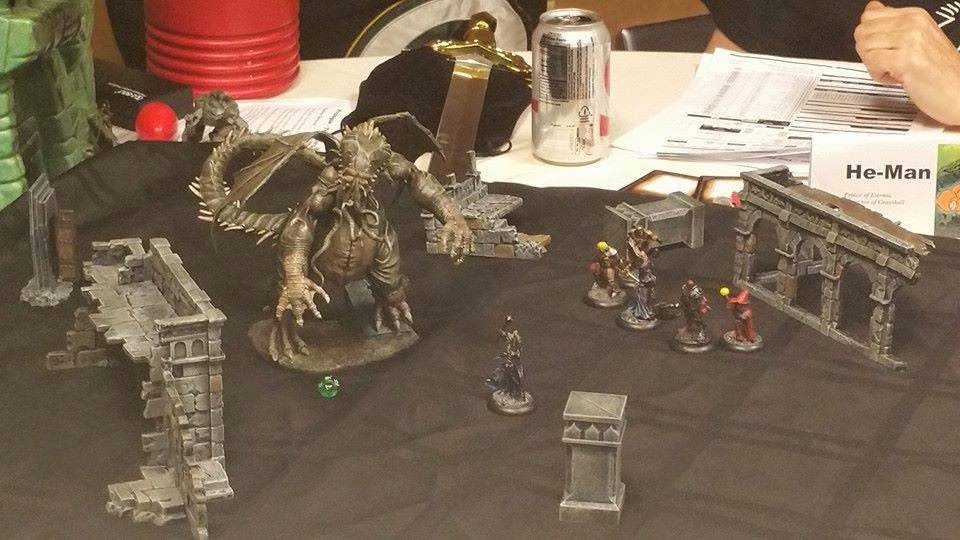 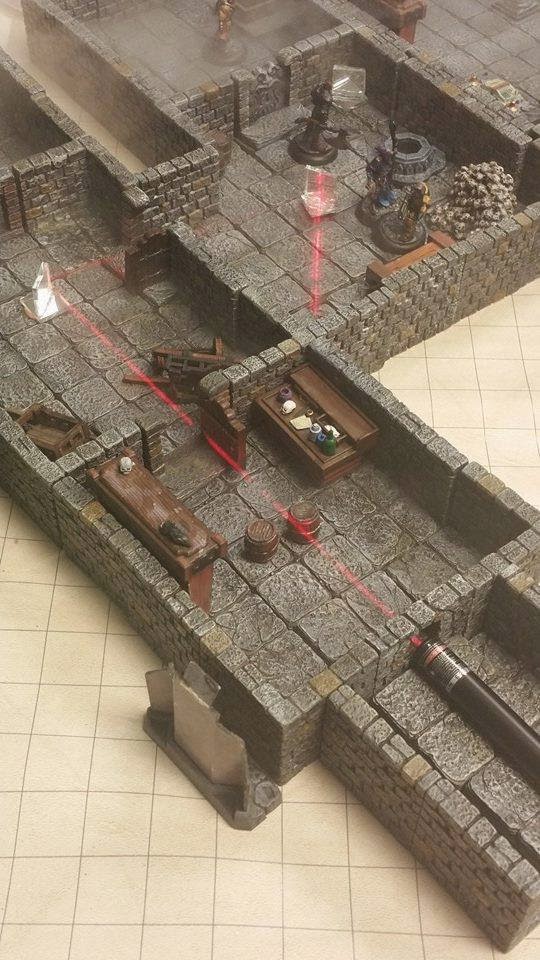 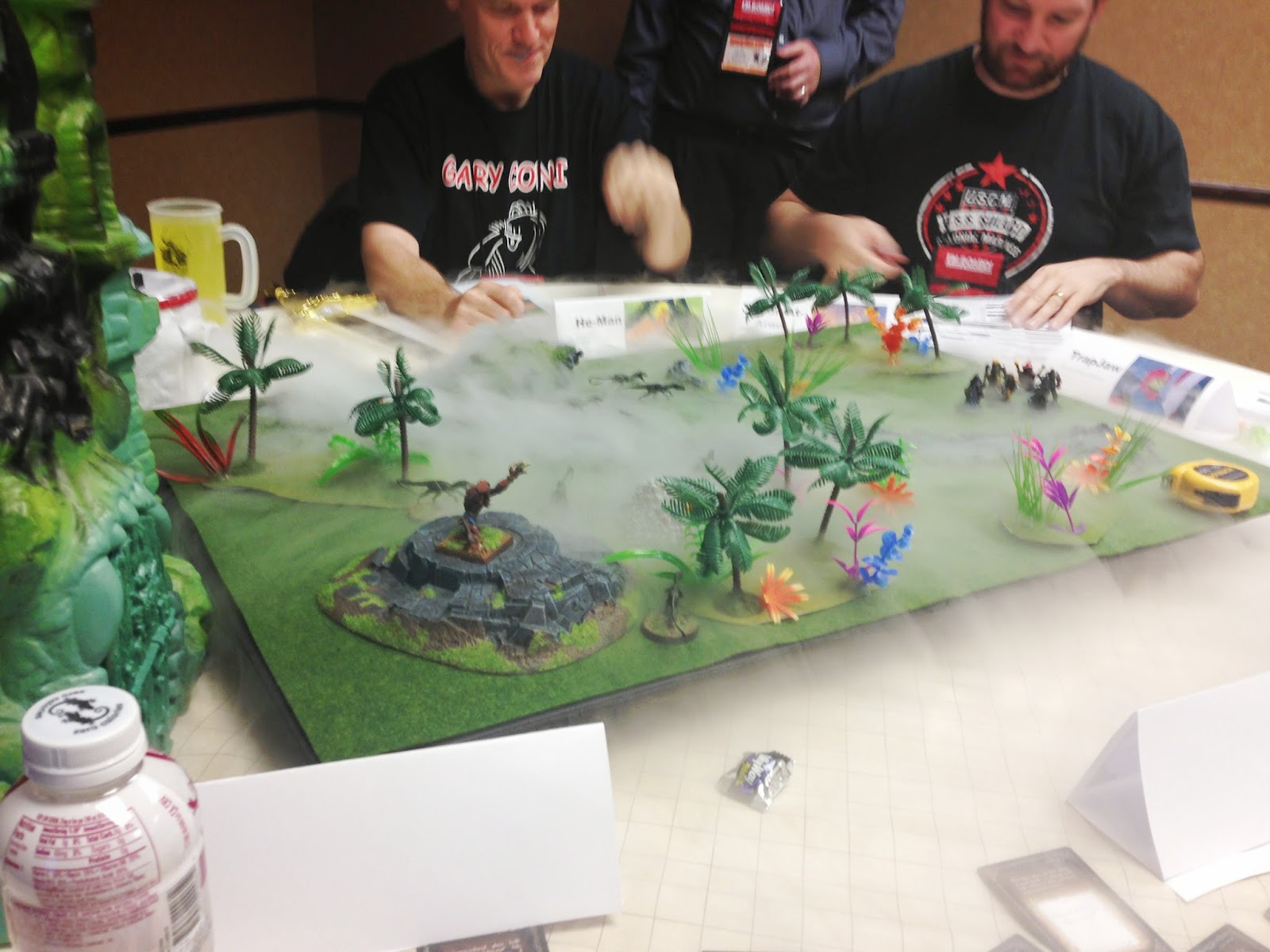 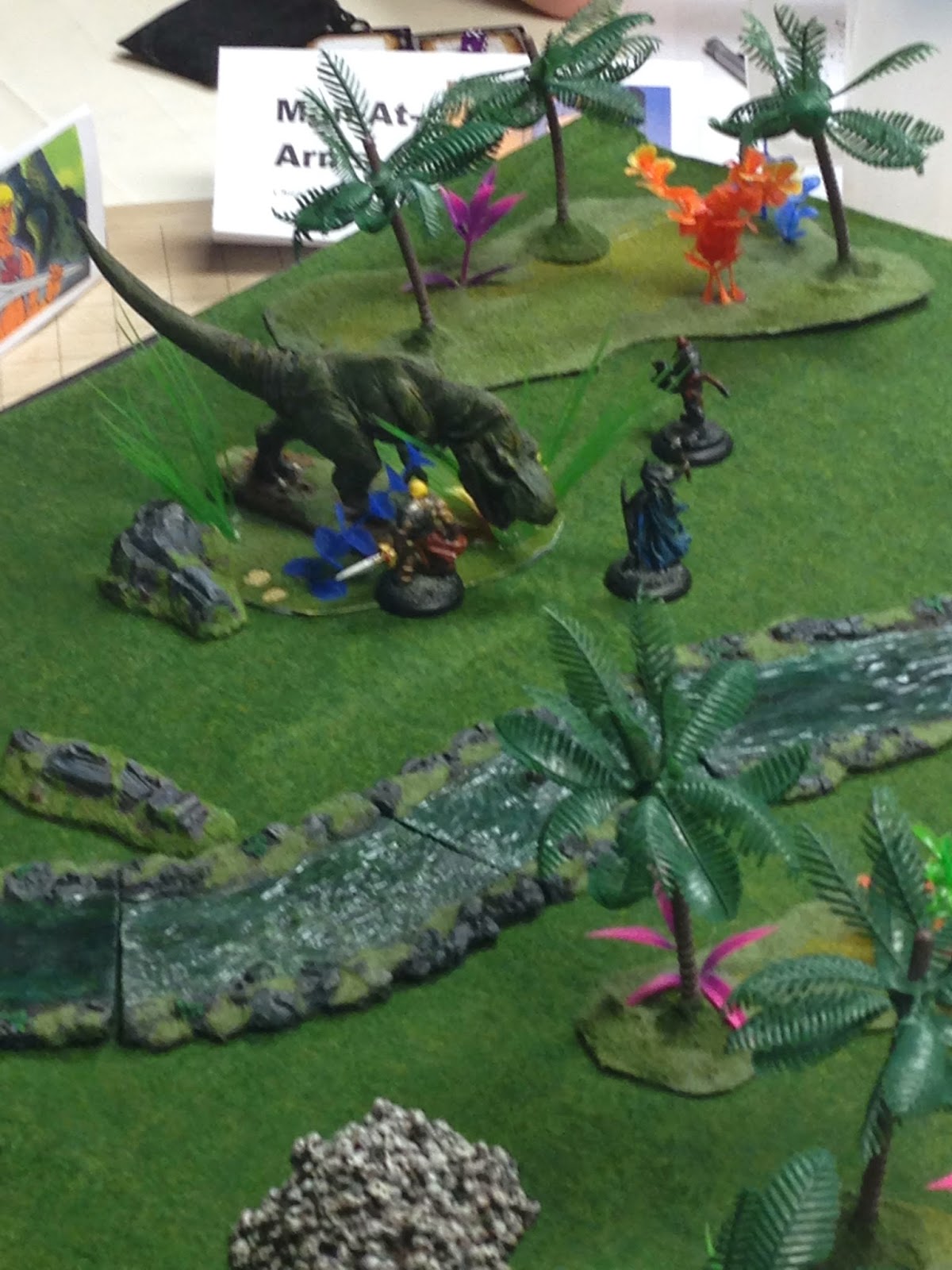 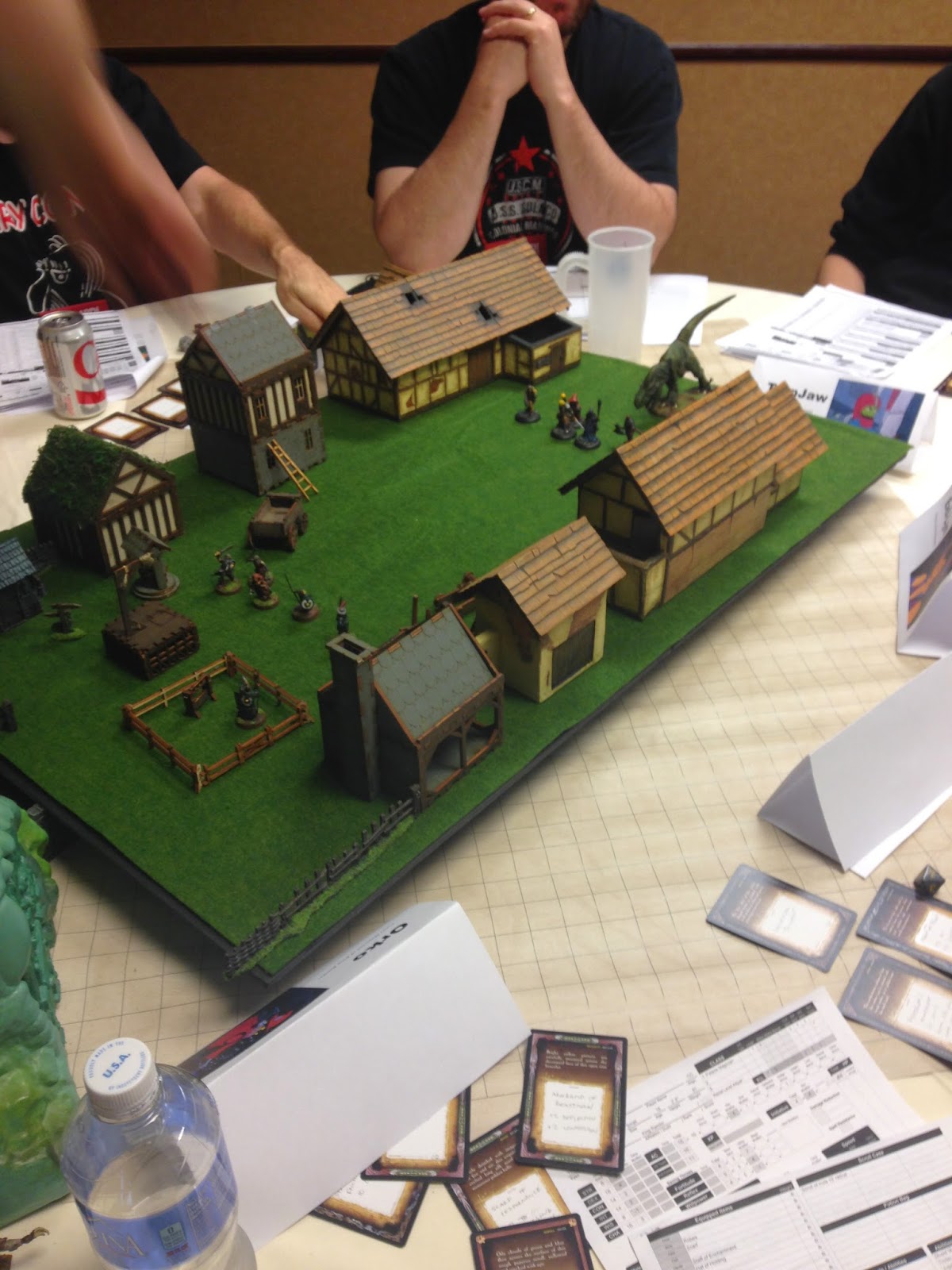 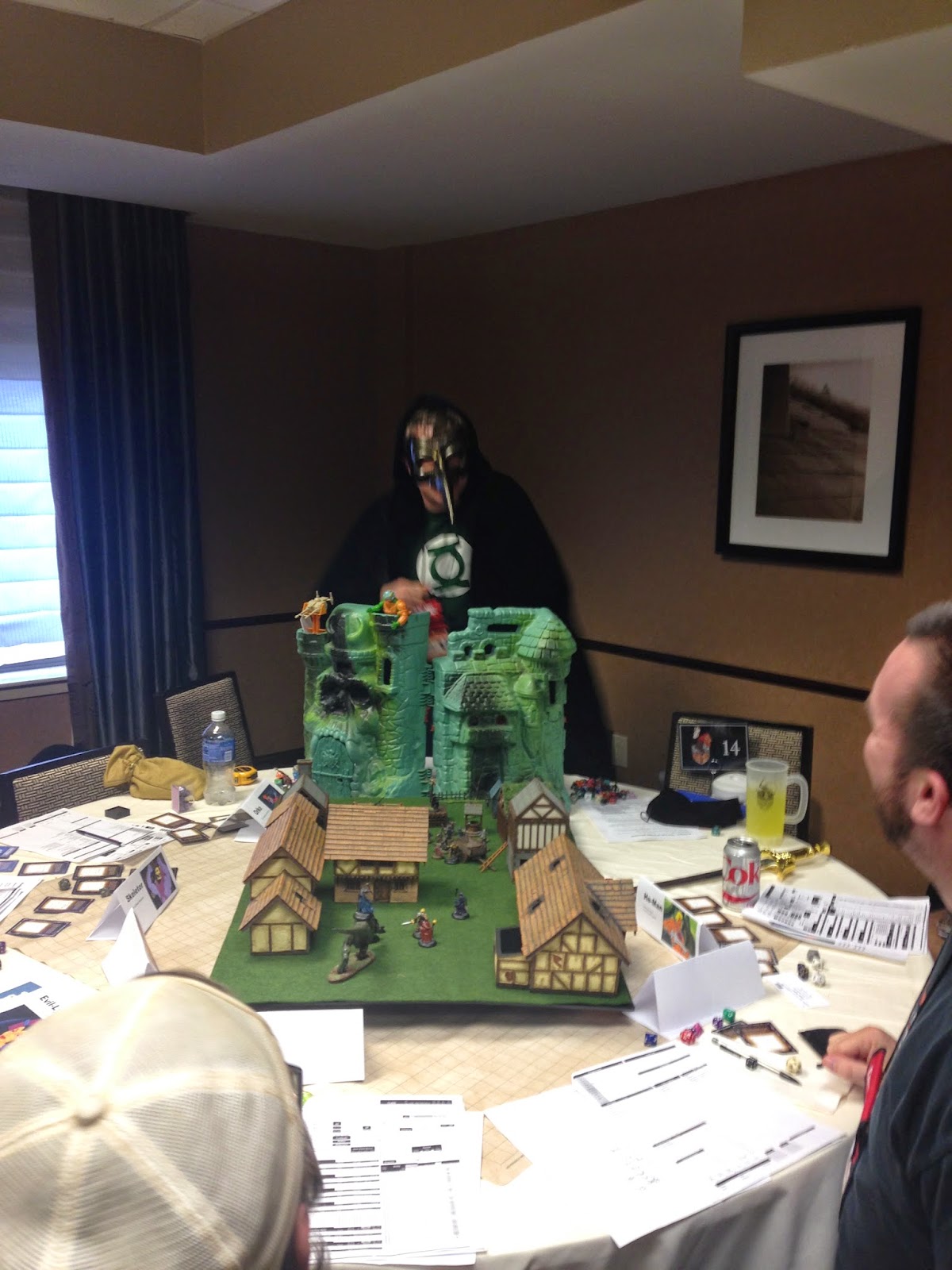 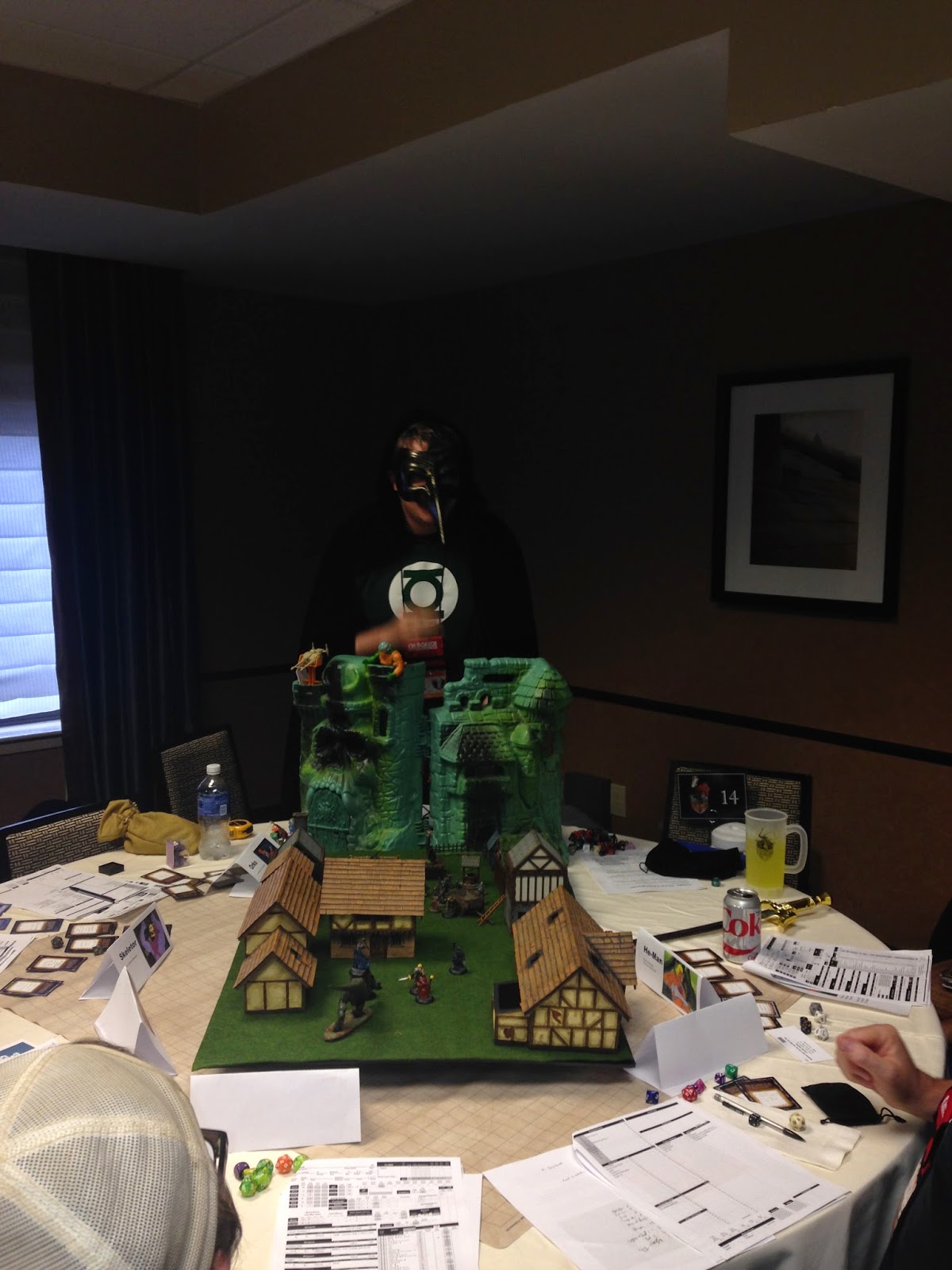 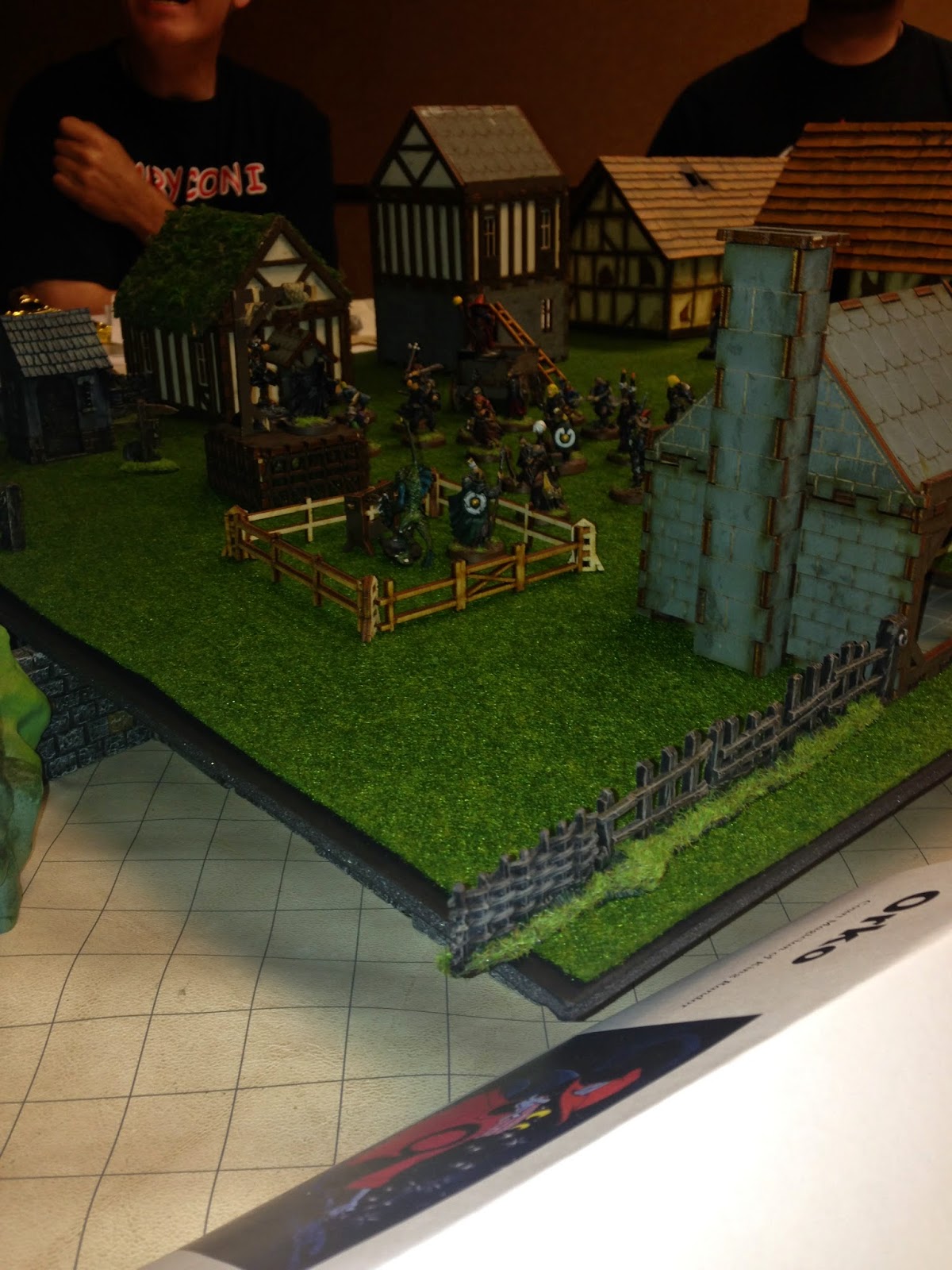 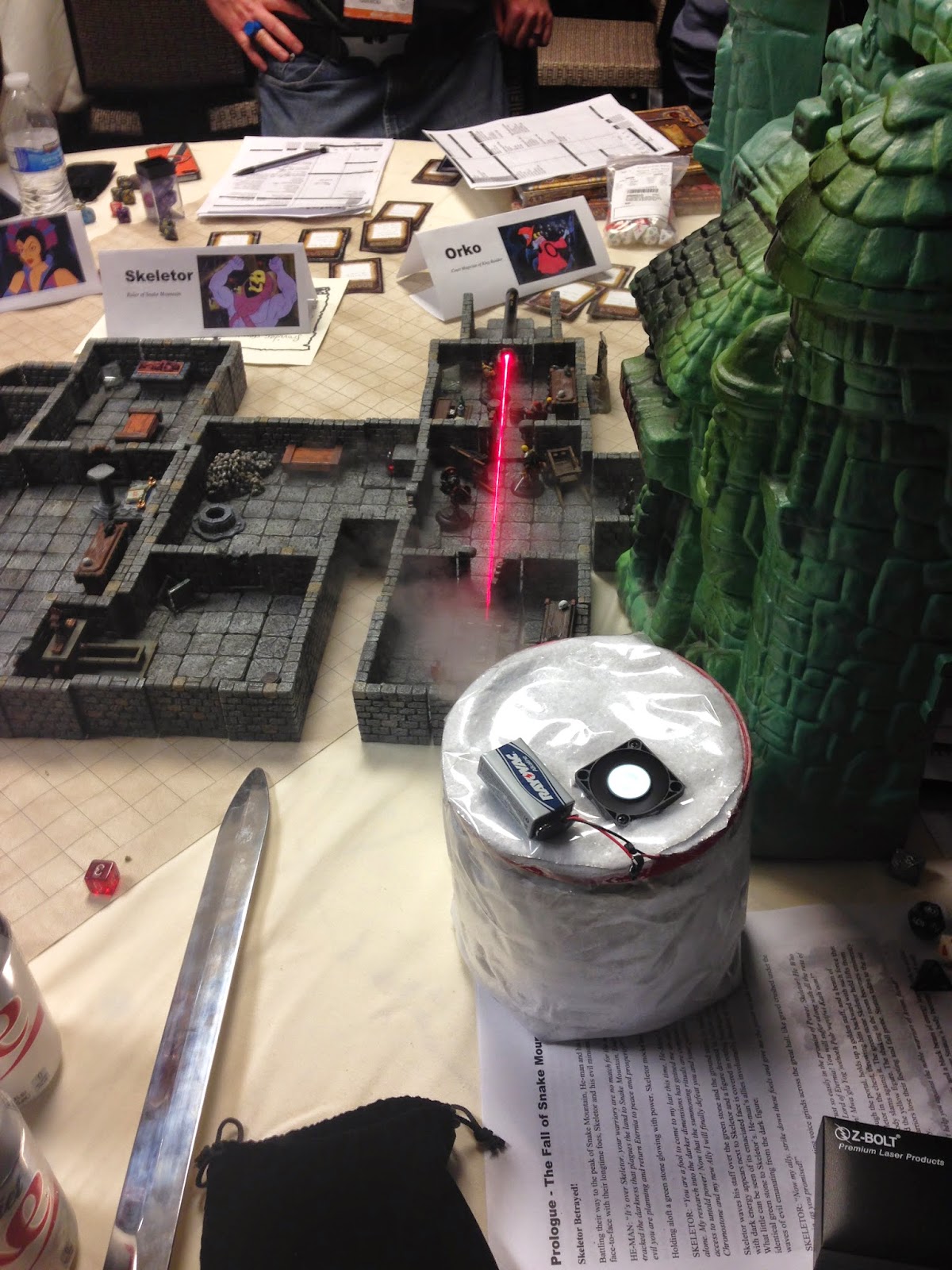 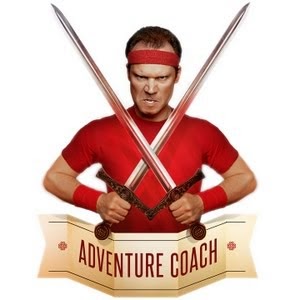 the game began on a cliff hanger from last time( we made up the cliff hanger)
and ended on one too...that is how the game is designed..based off of danger patrol game rules
to put it simply, it was an improv RPG..we made it up as we went along..created good and bad things to happen to us


my character was a mutant red ninja (think deadpool) 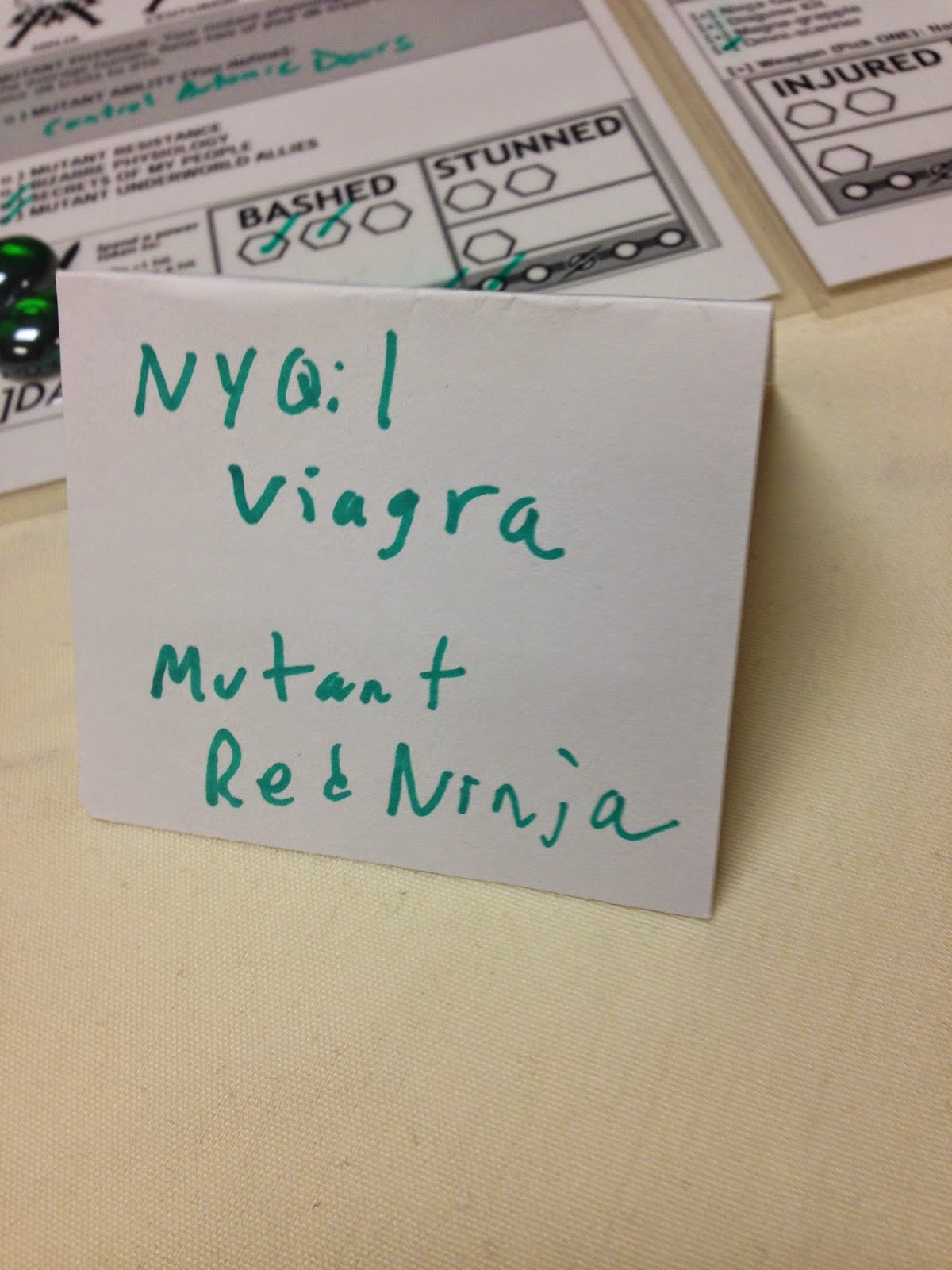 yes that was the name i chose
my pick of mutant power was..I could control all automated doors
the big turning point was we I announced i had had relations with ghoul queen and she gave me a STD(which was nanoites in my brain that was a bomb, which i learned from my friend Sudafed Cialis via holographic phone call)


we didnt die, but the cliff hanger we ended on was , i killed the queen(former lover) her husband wanted me now(because I was disguised as the queen to fool the guards)


it was another great game.
cory had me do some trolling on the dungeon bastard
I was wearing a Josh Carlson shirt (he is a friend of Cory, and old next door neighbor of the dungeon bastard)
half way through the game, the Dungeon bastard noticed it and asked about it.
I said I was in LA 2 weeks a go and saw him preform stand-up at a club...so he shook it off after he asked if I was trolling him...I said it all with a straight face

Later Cory came up and told him..it made for a great memory 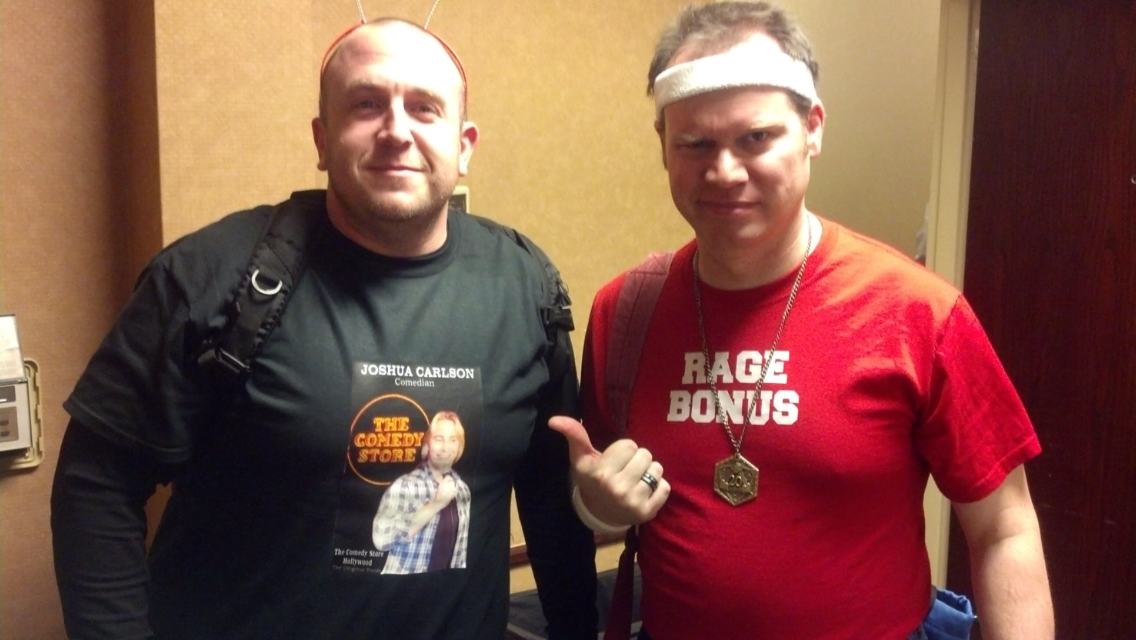 i will work on day 2 later