#12Uncle Rico (Jon Gries) Napoleon Dynamite
he is number 12 on the list...he would have been #1 if we would have seen him throw the ball over the mountains...alas, he did not :( 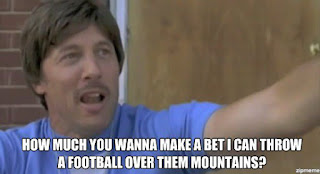 he did have a pcertain style and swagger 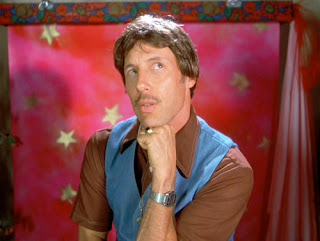 #11 Joe Pendleton (warren Beatty) Heaven Can Wait (1978)
this guy wouldnt even let an accidental death stop him from winning the super bowl
played with all heart...then they took his memory 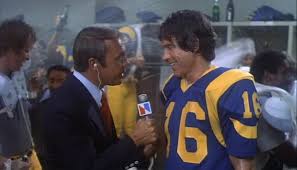 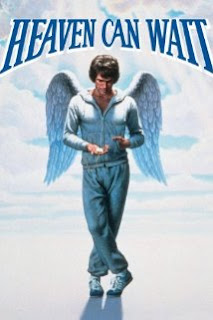 #10 Shane falco (keanu reeves) the replacements
he was a scab during a strike season. As Jimmy McGinty said.."we need heart"
Falco was #16 in our programs...but #1 in our hearts 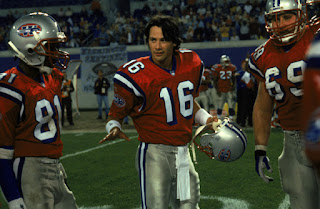 he did get the head cheerleader...so that moved him up 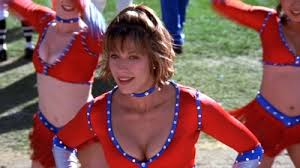 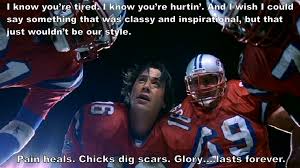 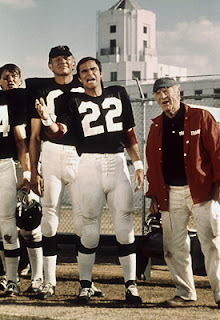 #8Joe Kane (Craig Sheffer), The Program
the guy lived dangerously. jumped a canyon on a motorcycle..willing to take chances on the field.
alas he didnt listen to his coach, lost the heisman and went to a low bowl game..for that he is not as high on the list 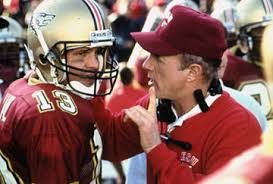 #7 jerry rev harris/ronnie sunshine bass remember the titans
they had an undefeated season..one of the meanest football coaches
combined as one, that is why they were this high.
the defense is why they were as good as they were 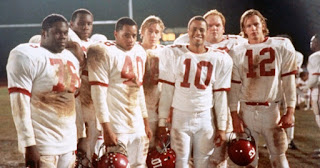 we will remember the TITANS

#6Lance Harbor/johnny mox varsity blues
a bit meaner coach, the coach held them back..Lance never played football again...so that kept them down. Moxin went on to read at college..so that killed his career too
But the partied..had lots of fun. were great when they played
they played in Texas 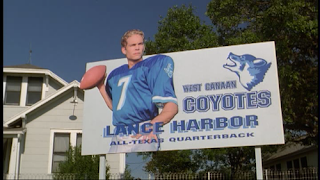 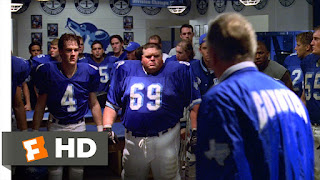 #5Jimmie Dix (Damon Wayans), The Last Boy Scout
he wore leather pants..had one liners
referenced Super dave
made one hell of a throw after having his hand shot(riding a horse too)
he had a football card

#4 Johnny Utah (Keanu Reeves), Point Break
he played in rose bowl..blew out his knee
became FBI agent.
learned to surf
he got to tackle patrick swayze
worked with Busey and he didnt kill him 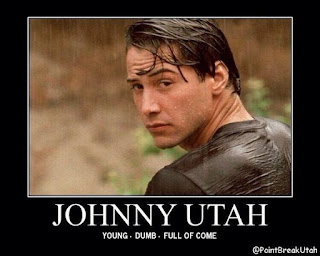 #3Paul Blake
Necessary Roughness
played high school football. then worked his farm because his dad died..came back 20 years later to led the bad news bears(football team that got SMU'd ) of college football.
He didnt win many games(1 win and 1 tie)
all heart ..but knocked the #1 team off 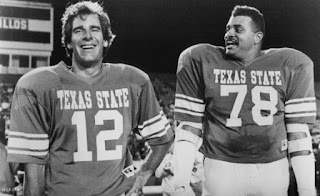 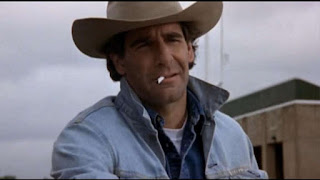 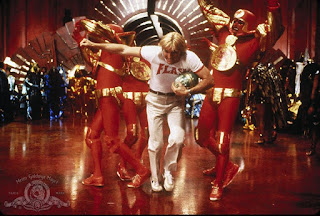 
The Best of Times
would have been a legend if his receiver wouldn't have dropped game winning touch down in high school
got the cheer leader
was home town hero
lived for football
he is number 1 because nobody could beat him when he wore the white shoes
he was al bundy..if al played QB 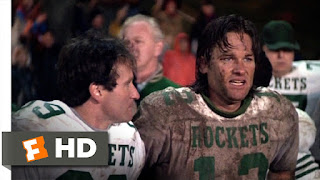 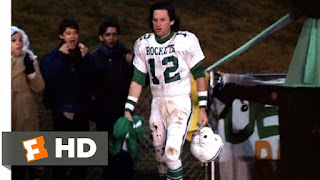 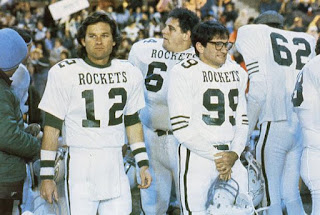 i know i left some off the list. I dont think anyone too important. if I did please comment and let me know