speaking of badges...I am a VIG here...and thanks to yours truly,  they have decided to allow previous VIGs to renew early(limiting amount of VIGs each year and making them super hard to get)

This will be my 3rd year and it is the 3rd year of the convention...so I got that going for me 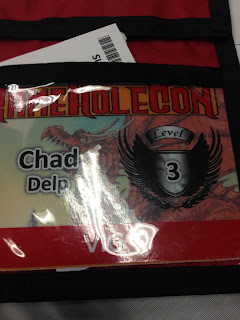 Friday
8am-10 am
True Dungeon seminar

this was the first time I went to a TD seminar....all i can say is wow. lots of info, that i did not know.
Way to go Jeff, keep up all the hard work...and to the awesome volunteers too...they do a great job :) 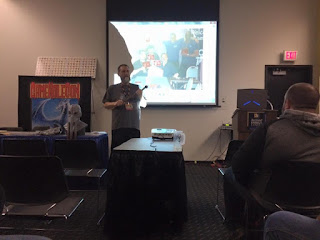 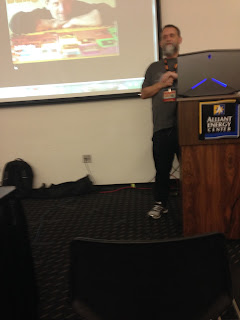 Generations ago the orcs of the Fifth Hand swept over the Duchy of Balbridge, razed the keep, and put the Duke and Duchess to the sword. Eventually the Duke's champion defeated the orcs and their necromancer king and peace settled over the land... until two years ago, when the Duke's tomb was despoiled. Now you are in a race against time. Can you return the Pendant of Silver Tears to the burial vault before the Duke's ghost claims another victim? An intro adventure for D&D 5E.

this was a 5e D&D game. we were all second level characters..i wont go into to much about the game(because I wont give spoilers on this)..as always a great Dungeon Bastard 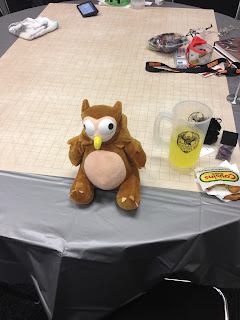 Episode 53: "The Great Antarctica Race" Speed and his fellow racers, Captain Terror, Racer X, Snake Oiler, and a mysterious female driver, embark on one of the most challenging tracks ever. Battling sub zero temperatures, avalanches and snow monsters as you race to Winner's circle for the title of the "Greatest Racer of all time". But wait! What is that is that non-Euclidean structure in the distance. Buckle up for adventure, danger and madness in the Great Antarctica race. Guest DM: Speed Racer


I played this game because my friend Paul told me to.
It was fun
I played Velvet FOX (Trixie)
we had a race across antartica. Had a stop were everyone was dead because a giant penguin killed them.
there was a final battle ...where I snuck away and gave flat tires to two other racers and drove off so i could win the race....So I won...I rock
And Speed racer was our DM 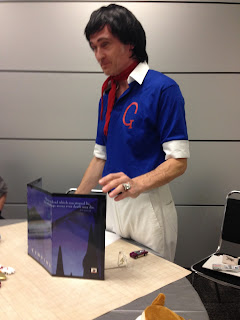 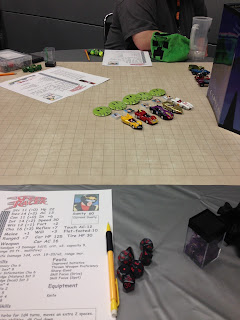 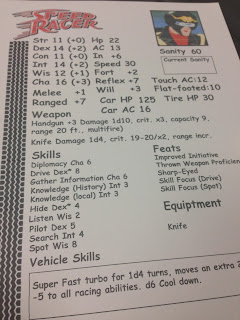 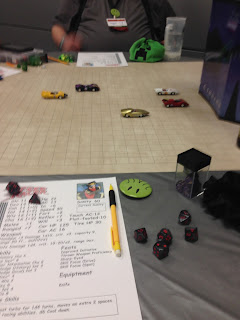 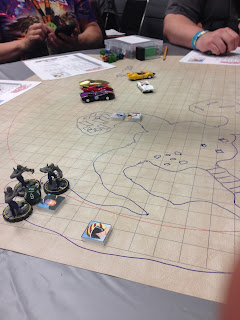 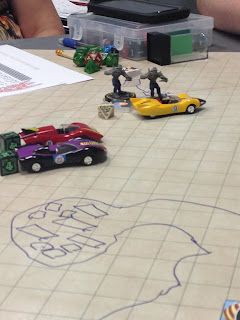 8-10pm
SUPER MEGA DUNGEON ULTRA CHAOS APOCALYPSE!! (2 hrs) SPECIAL EVENT
You are a BADASS HERO, sent forth to defeat Ironfang, a FRICKIN' INFERNAL DRAGON with a CRAPLOAD of DEMONIC MINIONS amassed together as the most VICIOUS, KICKASS ARMY of EVIL DOERS this SUNSHINE-AND-LOLLIPOPS FANTASY WORLD has ever seen! Your job: DESTROY HIM! A 10-player cooperative battle game direct from the DUNGEON BASTARD HIMSELF: light on rules, heavy on rolling a crap-ton of d6s. Will you defeat the IRON DRAGON or will you be consumed by the DOOM TOWER?

I must say...this was the best game all day. prety much hack and slash. only problem was if you rolled a 1, you lost that die(dice)
only way you could get them back was to play JENGA...it was easy at first...then got harder. Each character had different amount of dice with different abilities (some stronger ..so easy to hit baddies)..or hard for baddies to hit.... 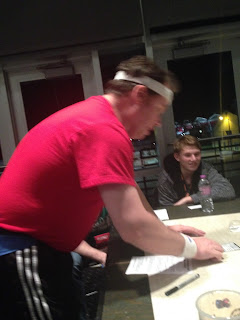 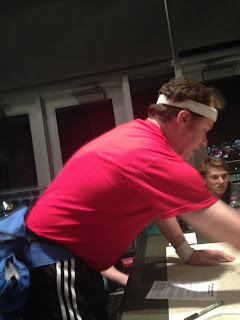 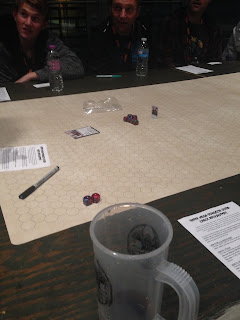 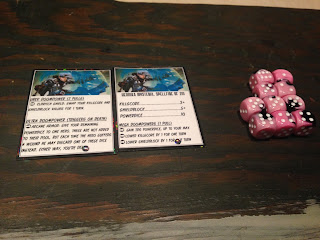 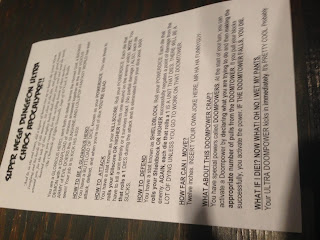 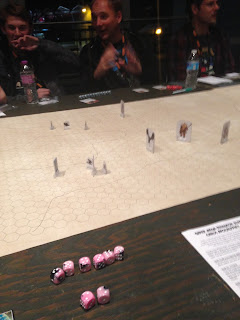 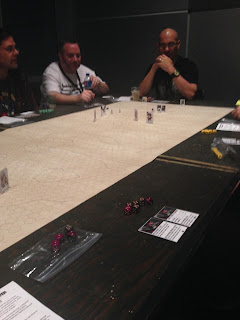 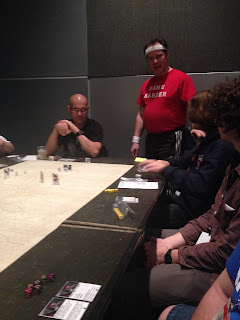 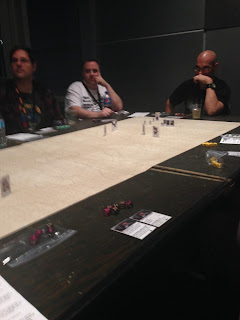 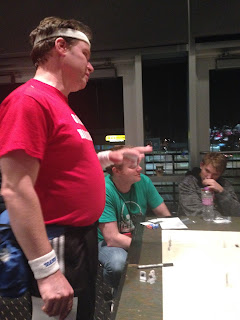 and it wouldnt be a BASTARD game without some extra stuff thrown in...like death by JENGA


this was first person to die. 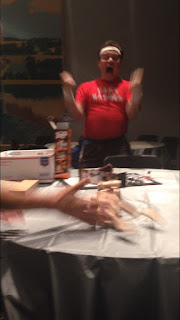 that was wrapped up at 11pm.